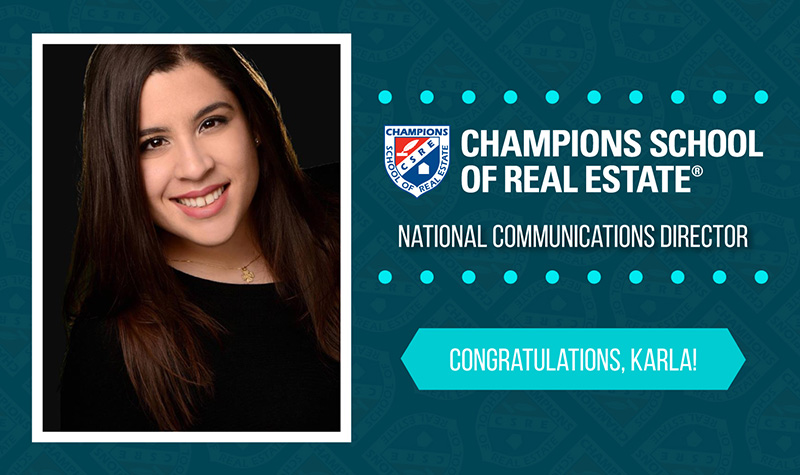 "We know that Karla and the team will do an excellent job getting us launched into the multiple new states in which we currently have approvals and those on the horizon. Karla has grown within her current position, and we are excited about her growth and development in her new role as the national communications director,' stated Kimberly Dydalewicz, president of Champions School of Real Estate®"